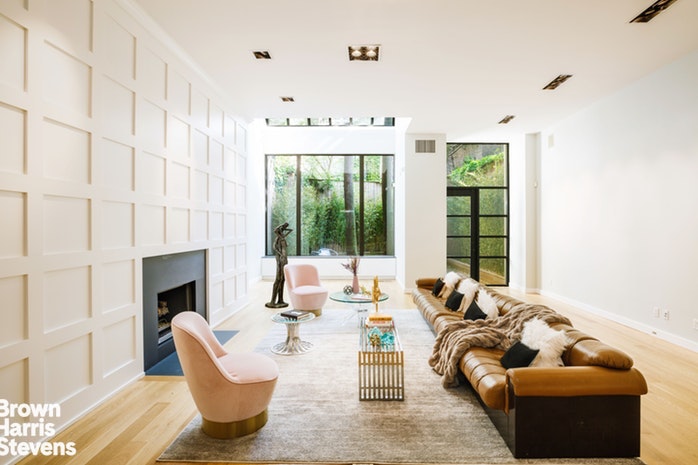 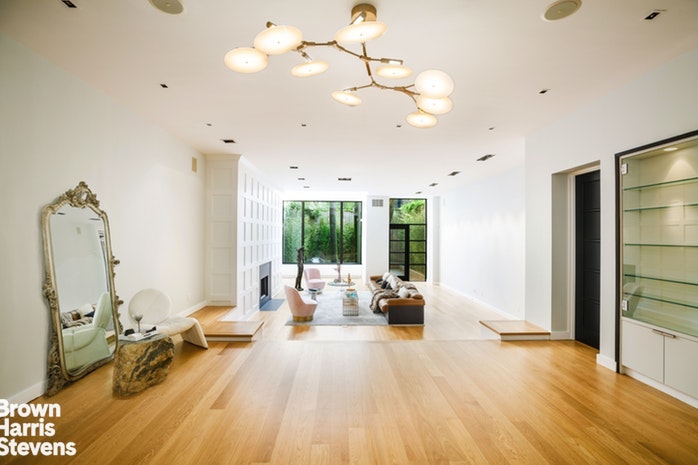 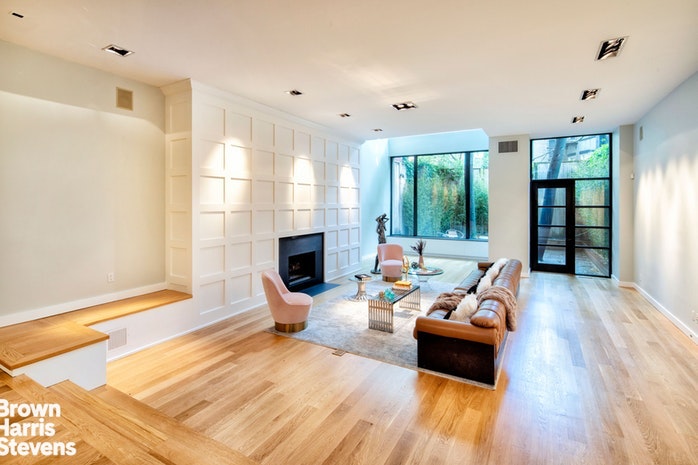 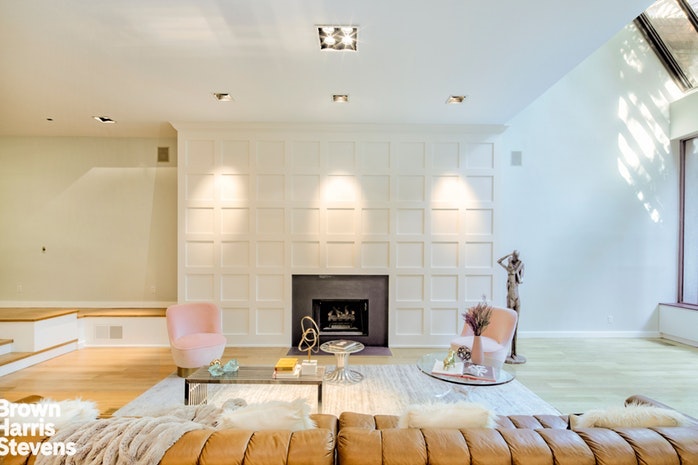 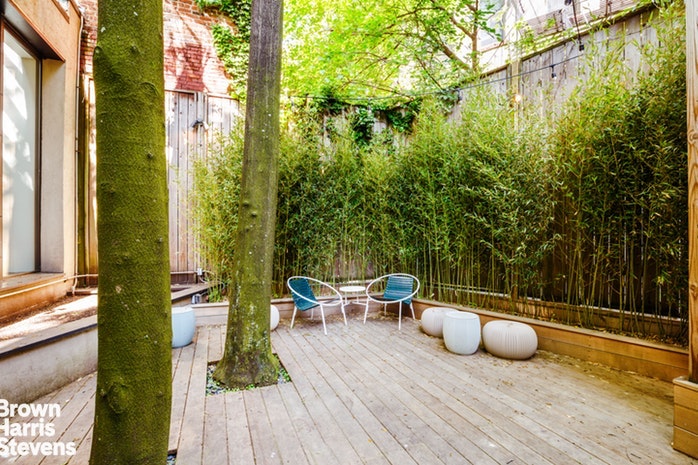 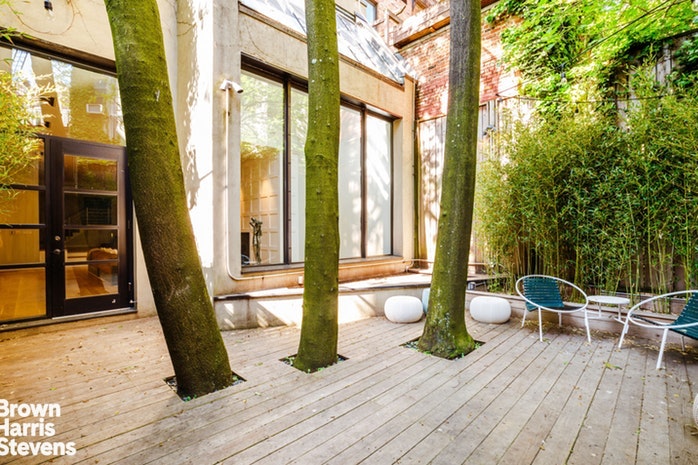 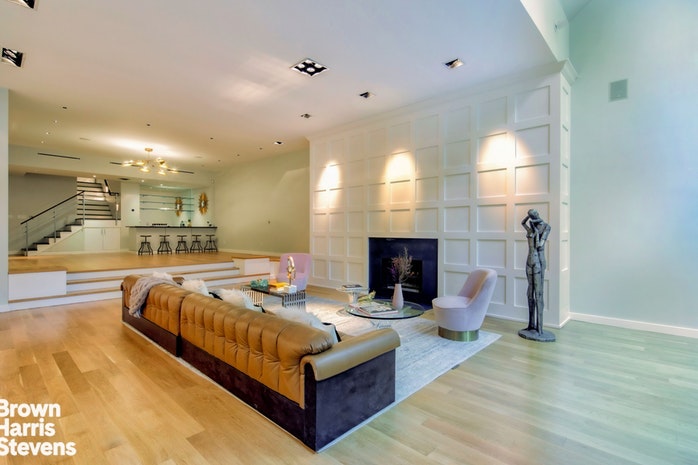 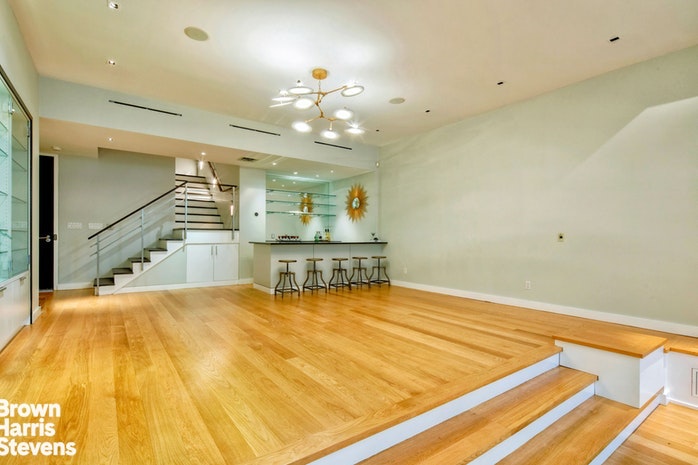 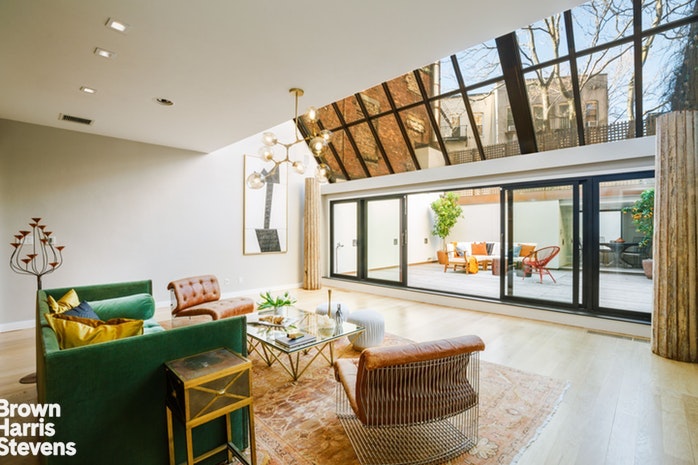 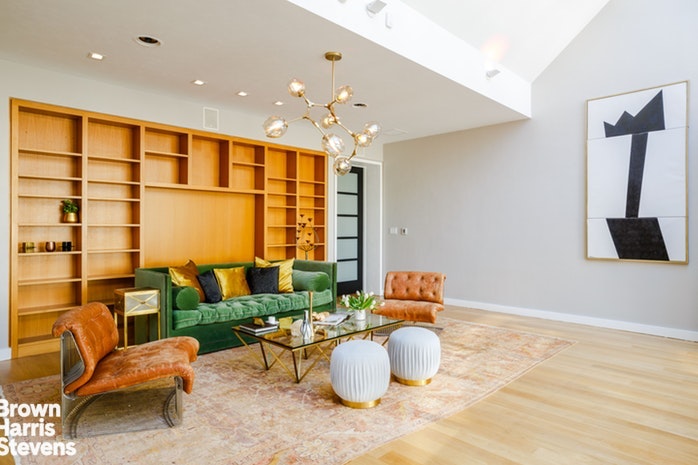 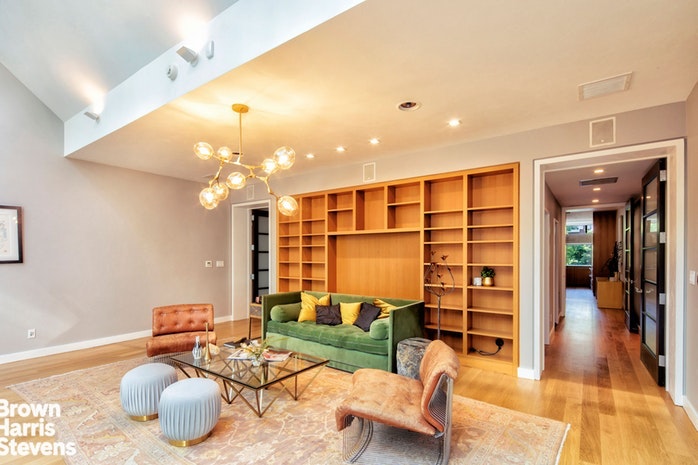 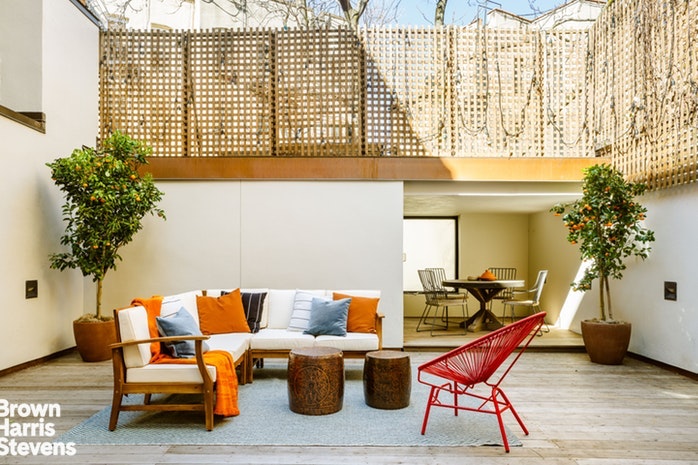 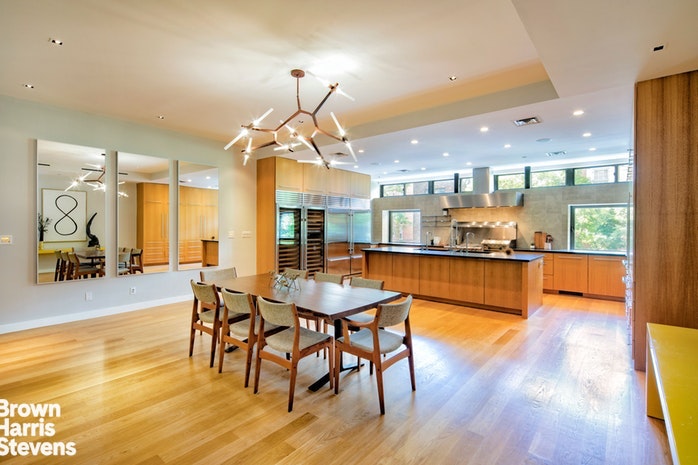 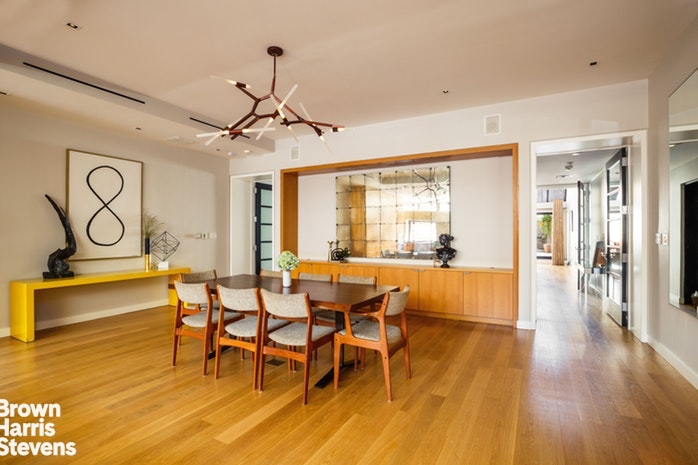 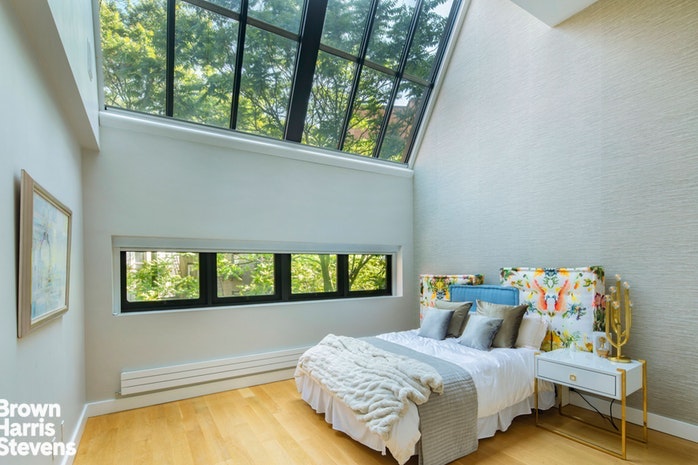 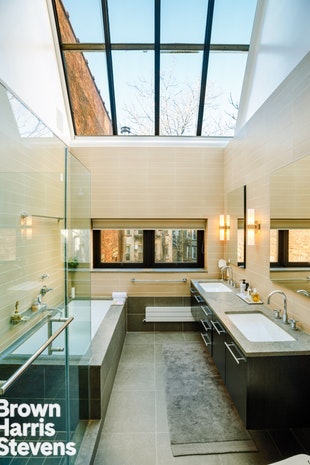 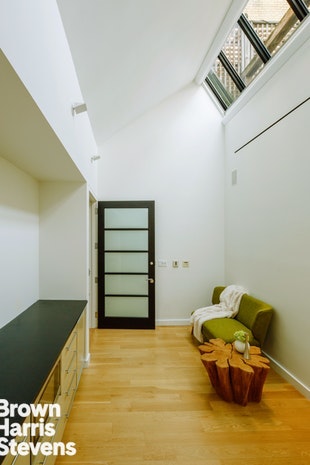 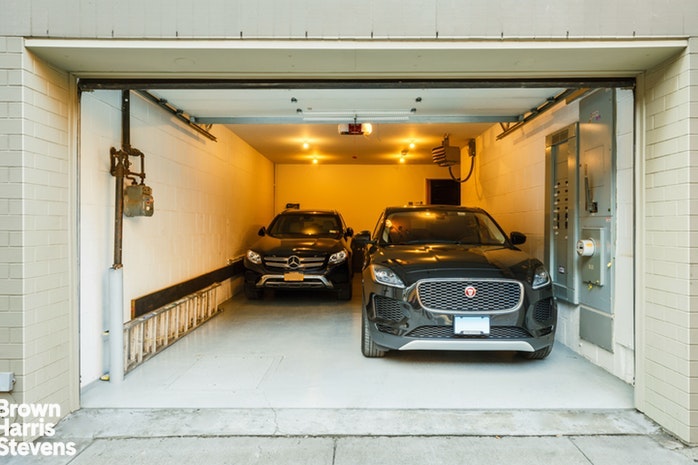 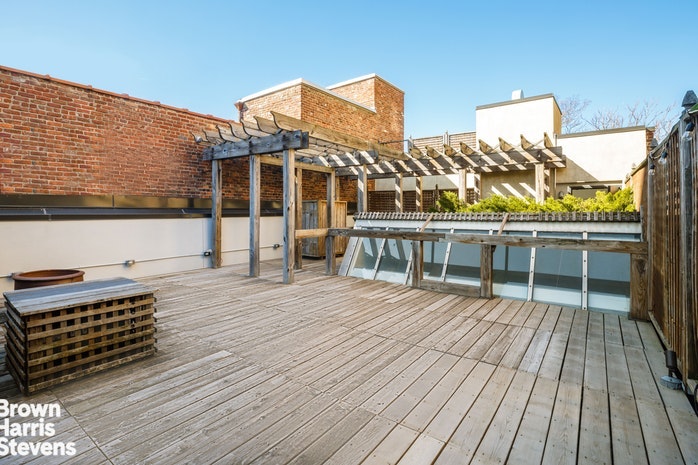 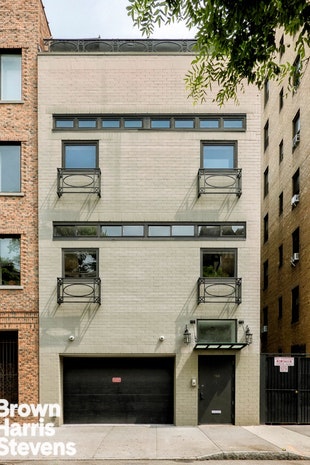 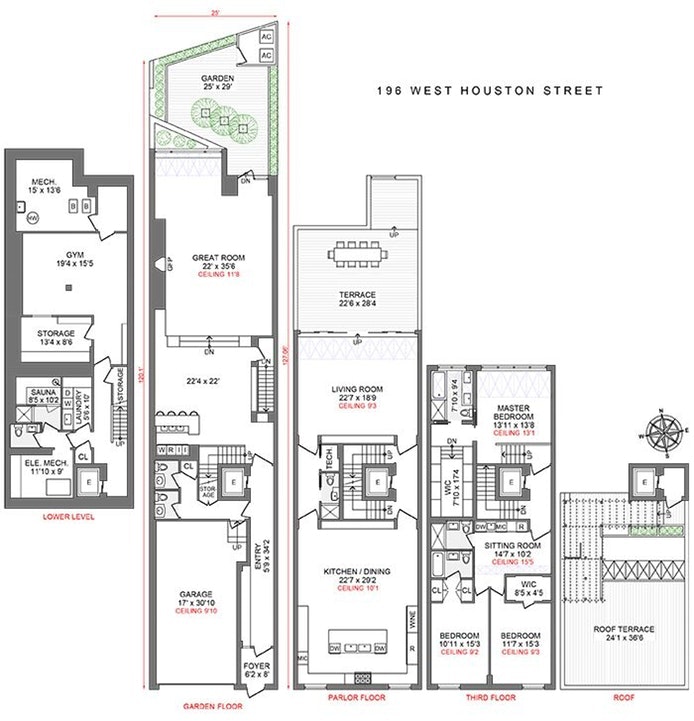 Privacy is built into this townhouse. If you seek a discreet 25-foot-wide residence, renovated tot he highest level, with a 2-car garage, triple-paned soundproof windows, a commercial-speed elevator, two incredible floors of entertaining, a virtual doorman and state-of-art alarm system,three bedrooms, and three major outdoor spaces, 196 West Houston Street has been built to meet your needs.

Where Soho Meets The Village
In no other townhouse available today can you walk a few blocks south to enjoy the flagship-level shopping of Soho or a few blocks north to the best restaurants and iconic townhouse rows of the West Village. Thus, 196 West Houston is perfectly positioned between two of New York's most sought-after neighborhoods. In many ways its greatest asset is that you may not immediately notice the house on such an eclectic block--no one would guess that an astonishing single-family residence awaits behind this straightforward facade.

A Publisher's Sanctuary
After a career in the Army Signal Corp during World War II, Barney Rosset returned to New York and began taking classes at the New School while working for Monthly Review Press Magazine. Years later, Rosset purchased the Grove Press for $3,000 in the 1960s and built Grove Press into a major publishing house that introduced American readers to Henry Miller, Eugene Ionesco,Tom Stoppard, Jean Genet, and countless others.

In 1964, Rosset's right to publish Henry Miller's "Tropic of Cancer" was upheld by theUnitedStates Supreme Court in a landmark ruling for First Amendment rights.

While living in 196 West Houston Street for over 15 years, Rosset entertained countless notable writers and artists of the day, including Norman Mailer and John Lennon.

In 1989,196 West Houston Street was sold to publisher Peter Mayer. Mayer held several positions at top publishing houses including chairman and chief executive of the Penguin Group from 1978 to 1997. During this period, the Viking division published Salman Rushdie's "The Satanic Verses." After it was published and in response to mounting threats, Mr. Rushdie went into hiding, but Mr. Mayer did not, holding firm despite receiving threatening letters and calls.

The Townhouse Today
The current owner completed the interior design and decoration of the townhouse as seen today, emphasizing the abundant natural light and incredible scale of the residence.

Renovated to the highest standards by an architect obsessed with maximizing light, quiet, andincredible finishes, 196 West Houston features black slate floors in the entryway, a bamboo garden, Japanese trees on the ground level,flowering orange trees on the22'x28' terrace on the parlor floor, three bedrooms on the third floor including a lavish master suite with 13' ceilings, abasement level yoga room with a sauna and full bath, and a 2-car garage that allows you to arrive home in total privacy. With two powder rooms on the ground floor and an elevator that can close off various floors with a keyed-in code, this townhouse is ideal for anyone looking to entertain butalso maintain separation between the public and private floors

IDX information is provided exclusively for consumers’ personal, non-commercial use and that it may not be used for any purpose other than to identify prospective properties consumers may be interested in purchasing. This information is not verified for authenticity or accuracy and is not guaranteed and may not reflect all real estate activity in the market. ©2021 REBNY Listing Service, Inc.
All rights reserved.